The Blinding Power of Paradigms - in our organizations and our lives 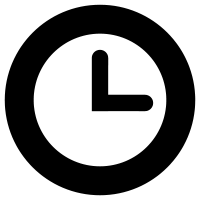 I'm pleased to share a description of the ways our paradigms – our ways of thinking, believing and seeing things – can dramatically impact our ability to embrace new possibilities and take advantage of new opportunities.

This understanding and shift in awareness is especially relevant for leaders seeking to create a corporate culture of adaptability and creativity, as it highlights the ways in which we can inadvertently hinder our own effectiveness and limit our own possibilities.

Below you will also find some memorable quotes shared by Steven Covey in The 7 Habits of Highly Effective People in which he highlights in dramatic fashion the ways some well-meaning people have been blinded by their own paradigms.

What is meant by the term “paradigm”? And why does learning something about paradigms matter for leaders? What do they have to do with creating and maintaining a corporate culture of openness, adaptability and creativity?

Paradigms can be simply understood as ways of thinking, believing and taking action that we operate out of that allow us to produce certain results. We have paradigms in the domains of language, science, medicine, manufacturing, sales, leadership, personal relationships and every other important dimension of our lives.

In a world characterized by ongoing change, holding our paradigms lightly can serve all of us. Perhaps the most important first step is seeing them as “our” paradigms in the first place, instead of the truth.

Sean and Steven Covey, in their work with The 7 Habits of Highly Effective People, shared a list of memorable quotes that demonstrate the ways in which our paradigms can blind us to new possibilities and opportunities, in a variety of ways.

Notice also how the authors were people “in the know” – that is, people within the industry involved and thus perhaps deeply invested in the old paradigms.

- There is no reason for any individual to have a computer in their home. (Kenneth Olson, president and founder of Digital Equipment Corporation, in 1977)

- Airplanes are interesting toys but of no military value. (Marshal Ferdinand Foch, French military strategist and future World War I commander, in 1911)

- Man will never reach the moon, regardless of all future scientific advances. (Dr. Lee DeForest, inventor of audion tube and father of radio; February 25, 1967)

- Television won’t be able to hold on to any market it captures after the first six months.  People will soon tire of staring at a plywood box every night. (Darryl F. Zanuck, head of 20th Century Fox, in 1946)

- We don’t like their sound. Groups of guitars are on the way out. (Decca Records rejecting the Beatles, in 1962)

- This ‘telephone’ has too many shortcomings to be seriously considered as a means of communication.  The device is inherently of no value to us. (Western Union internal memo, in 1876)

- Everything that can be invented has been invented. (Charles H. Duell, U.S. Commissioner of Patents, in 1899)

The invitation is to be aware of our paradigms - as paradigms, and not as "the way things are" - and to open ourselves to new conversations in which new possibilities may be effectively explored - in both our professional and personal lives.

If you have any questions or need extra info. Contact me!